The Thiokol marque has been quite successful in the Australian snowfields, with various models used through the years, and even today after a couple of buyouts of the company and more recently ceasing production altogether, quite a few remain in useful service in Australia, a testament both to the quality of their build, and the efforts of those who maintain them. As the brand is defunct they don't have a corporate website however here are two links with more information:
Wikipedia: http://en.wikipedia.org/wiki/Thiokol
An informative enthusiast site:
http://www.unusuallocomotion.com/pages/industrial/thiokol-and-lmc-tracked-vehicles.html

The following four pictures (including three of type LMC 3700A) of the Perisher Valley fleet come from an unlikely source - a report on the benefits of grooming slopes to help reduce skiing injuries, produced around 1984/5. I remember when Perisher Valley introduced these snow groomers, they made quite an impression with their distinctive snout. I have tried unsuccessfully to contact the report authors to seek permission to republish these pictures from the report, so if they see this - please contact me! I fear I may not hear from them as the report is so old. 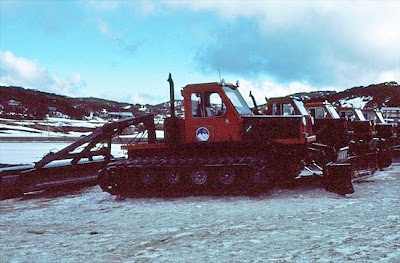 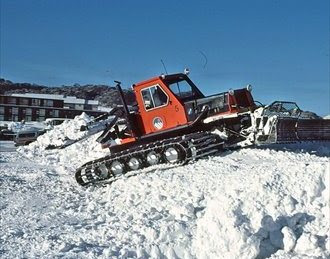 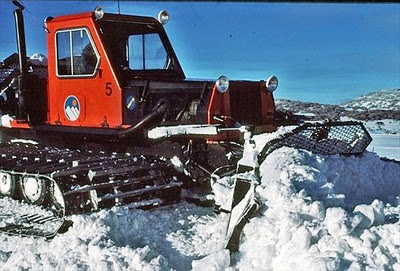 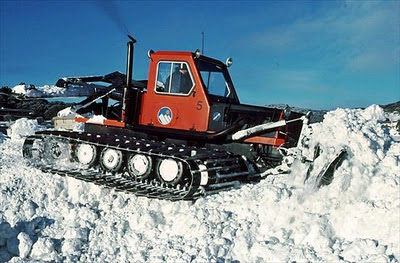 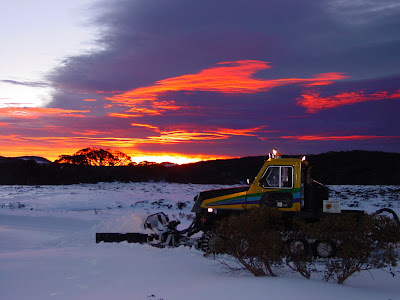 A beautiful sunrise picture of an LMC grooming some of the cross country trails at Perisher Valley in June 1999.
Picture: Oigle via Panoramio 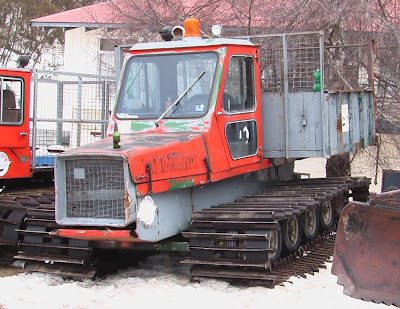 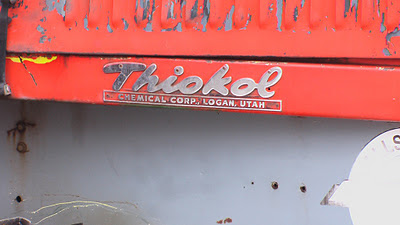 Detail from above.
Picture: Andrew Collier 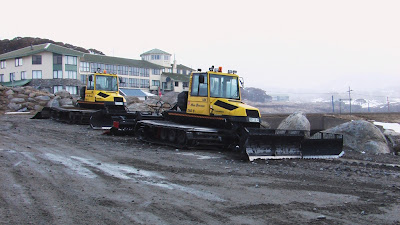 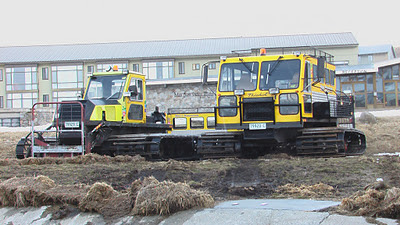 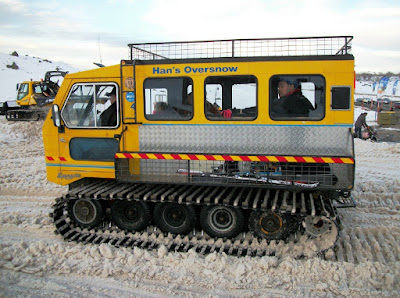 One of Hans Oversnow's Thiokol Sprytes in action at Perisher Valley in August 2010
Picture: Photnart via: Wikipedia 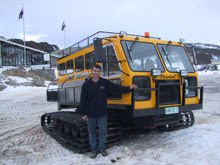 For a while I couldn't work out the origin of the following oversnow..... 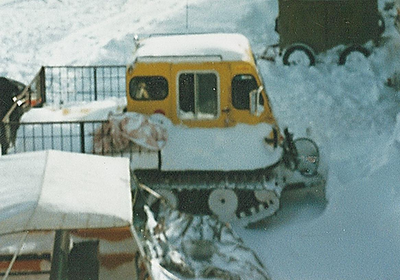 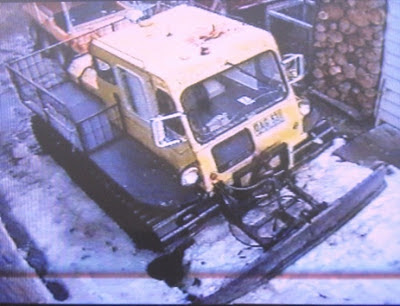 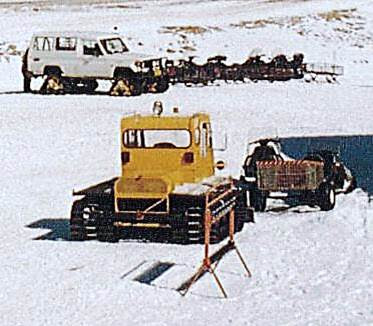 Enlargement of a small picture in 2009.
Picture: Andrew Collier

.............However Damian Breitfuss from Perisher Manor visited the site and not only supplied a detailed background of this rather unique oversnow, but a great picture from season 2011 also. Damian advises the oversnow is a Thiokol Spryte 201 built in 1964 by Mole engineering in Sydney. This vehicle was originally owned by the Postmaster General (Telecom Australia) for transport and maintenance around the NSW snowies. Damian's father Franz Breitfuss purchased it in the early 1980s and it was used at Sonnenhof Lodge as a freight vehicle, and now continues to do the same for the Perisher Manor. Apparently it is the only 201 built and used in Australia. (Damian notes Falls Creek Oversnow have a Mole Engineering built machine but with a slightly different cab configuration). Here's Damians' picture, with thanks! 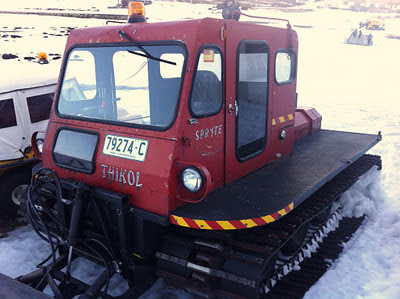 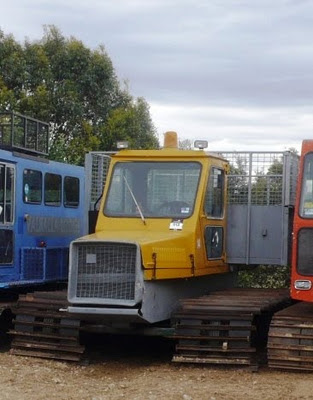 The Thiokol freight carrier seen above at Falls Creek in 2009 was purchased by Hans Oversnow and is here seen in their livery at their Jindabyne base out of season in late 2011.
Picture: Andrew Collier

One of Hans Oversnow's LMC 260C's is also pictured at the depot on the same visit.
Picture: Andrew Collier 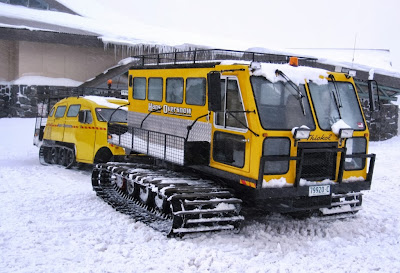 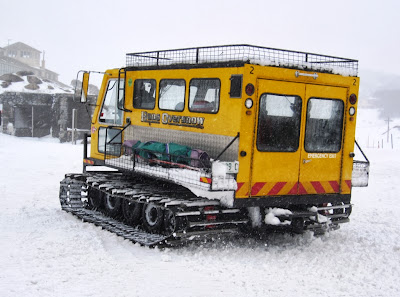 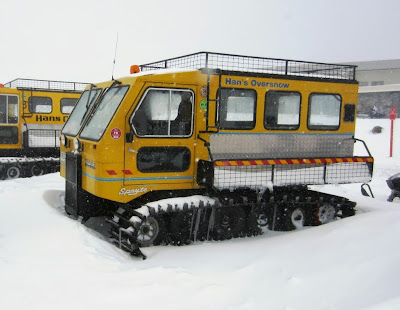 An older Thiokol Spryte, also of Hans' fleet and also photographed waiting for it's next use at the Perisher terminal in August 2013.
Picture: Andrew Collier
Newer Post Older Post Home