There have been several Argo 8x8 and tracked 8x8's active in the NSW snowies at least, with only a single model known at date to have been used in Victoria (Mt. Baw Baw). As always, further information here would be appreciated. If you're interested, further information on Argo can be found at:
http://www.argoatv.com/ 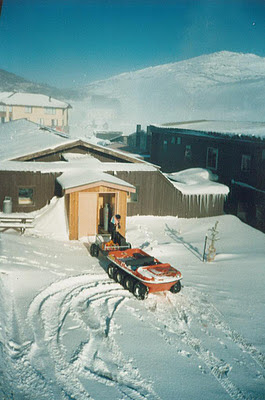 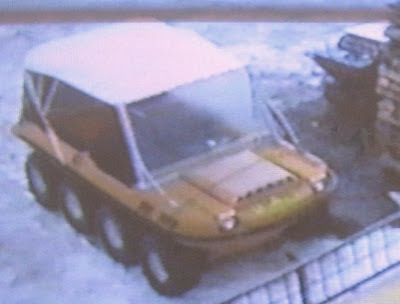 With apologies for the quality here, this is a still taken from a video of the Perisher Manor's untracked Argo in 1999.
Picture: Andrew Collier 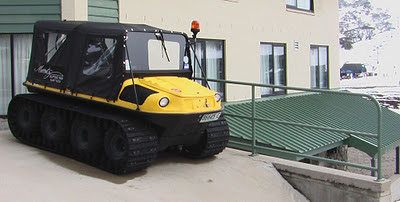 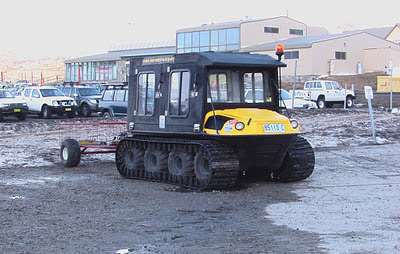 Another Argo 8x8 tracked, this time owned by the Narraburra Club Chalet, pictured in the car park at Perisher in 2009.
Picture: Andrew Collier 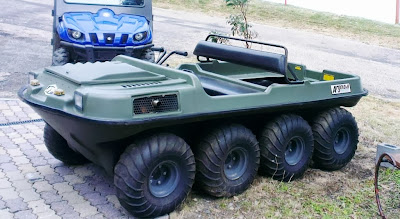 An Argo sans tracks seen at the very start of the 2013 season at Mount Baw Baw and kindly photographed by David Sissons.
Picture: David Sissions 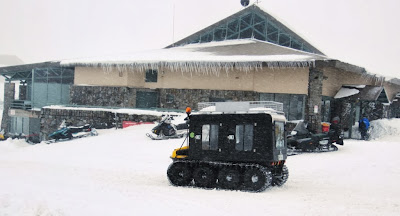 Two Argos seen at Perisher Valley during August 2013, the top perhaps that of the Narraburra club seen in the previous entry in 2009, and the bottom Argo very sensibly wrapped against the snow.
Pictures: Andrew Collier
Newer Post Older Post Home