Several Australian resorts utilise Prinoths (including the Bison X) for snow grooming however they are also deployed for several other purposes.  If you're interested in Prinoth further, their site is here: http://en.prinoth.com/ 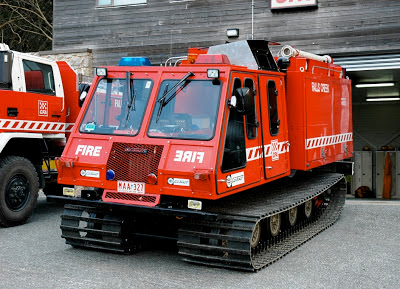 Falls Creek's CFA (Country Fire Authority) is equipped with a Prinoth Go-Tract modified for use as an oversnow fire transport, and photographed on December 13 2006 by Sascha Grant.
Picture: Sascha Grant 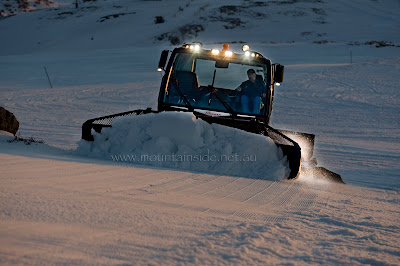 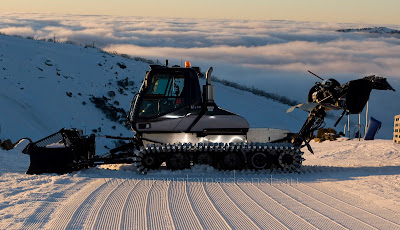 Above are two excellent portraits by Charlie Brown of a Prinoth Bison groomer in action during the 2009 season at Falls Creek.
Picture: Charlie Brown www.mountainside.net.au

During the 2011 season Falls Creek in Victoria brought a fleet of 6 passenger and one freighter Prinoth Huskies into service. The following three pictures of some of them were kindly supplied by Falls Creek Resort Management. 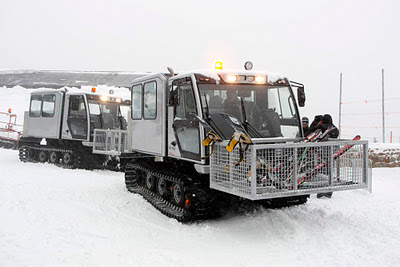 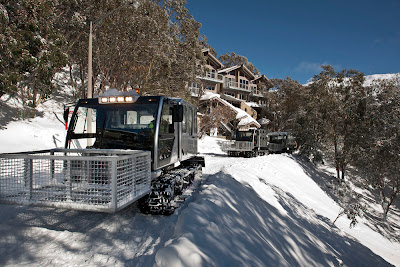 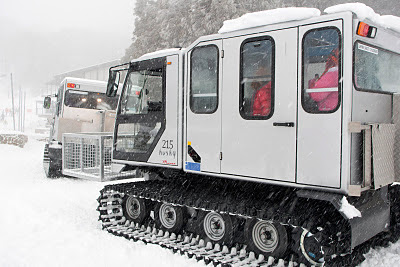 The following is a good sequence of pictures taken showing the Husky's being used to evacuate an injured skier from the Rover Chalet at Falls Creek also during the 2011 season: 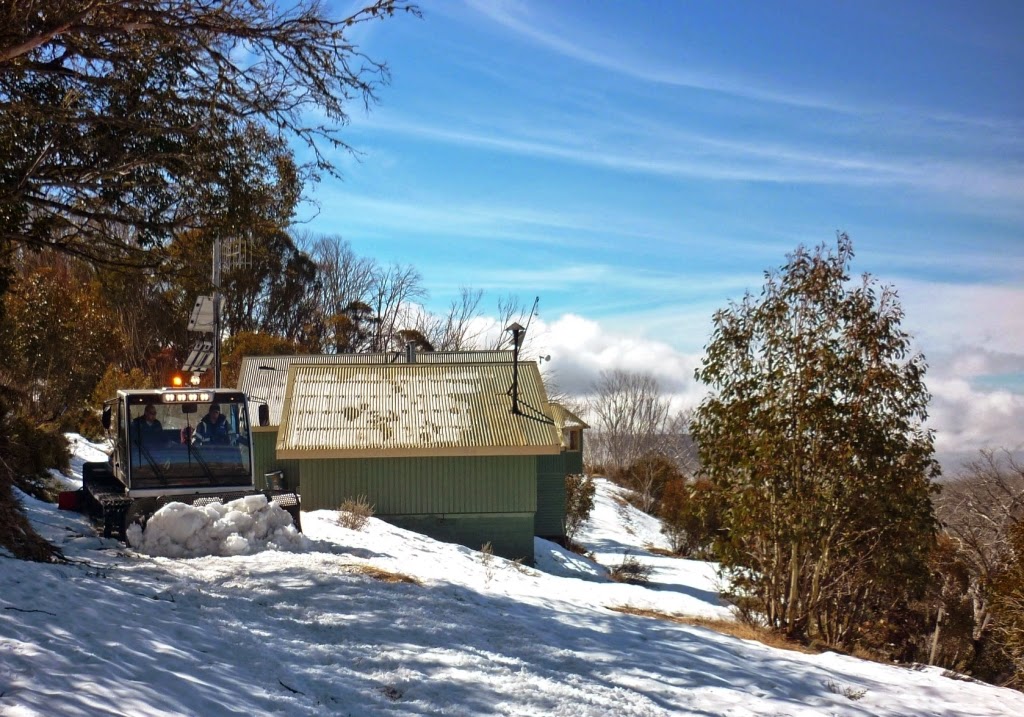 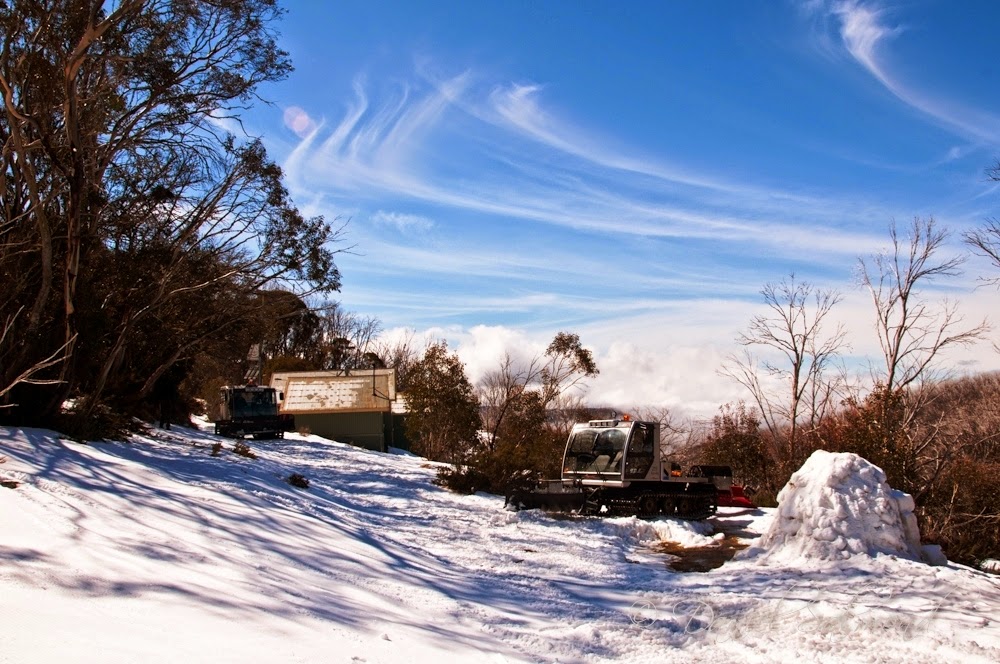 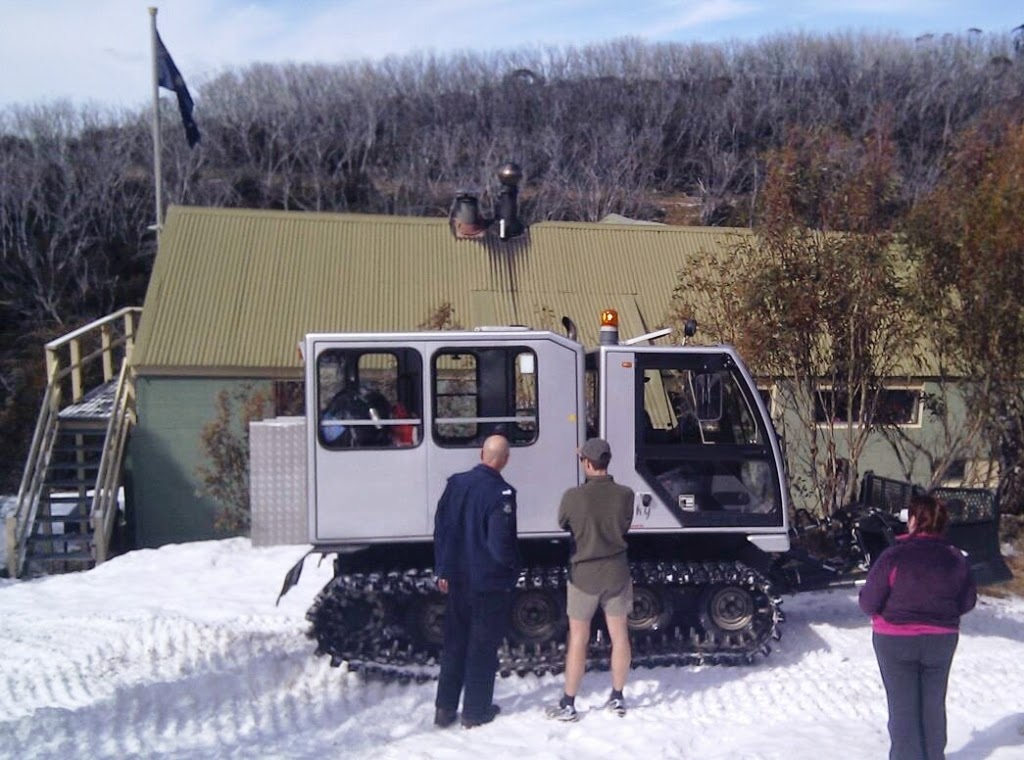 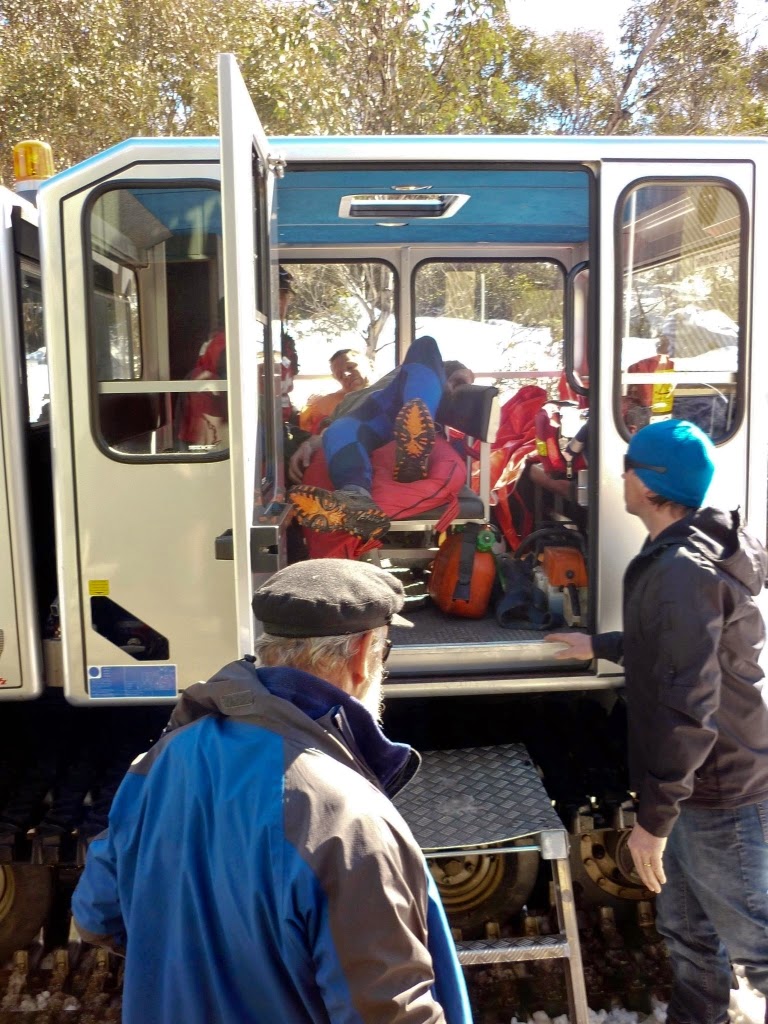 The provider Ziggy notes that the road was largely bare so skidoos couldn't access the chalet but there were enough drifts such that one of the resort groomers was used to clear a path for the passenger carrier to do the evacuation.
Pictures: Ziggy via ski.com.au

The following are two pictures of one of Mt Buller's BR 350 models fitted out for snow grooming, taken during the 2011 off season. 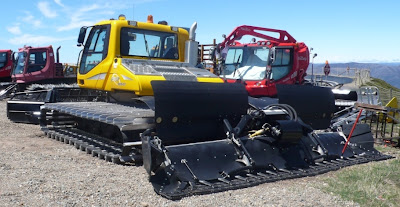 An undated picture (but I think 2012) of a Prinoth Husky used for grooming at Lake Mountain in Victoria.
Picture: Lake Mountain Alpine Resort 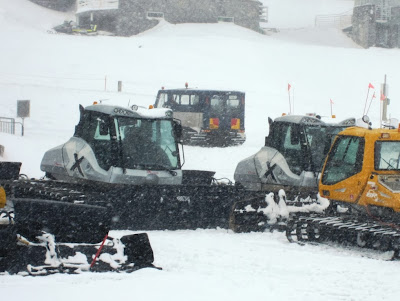