This section  has some pictures and a little information on the myriad smaller oversnow equipment used throughout the Australian Alpine areas. As this field is so large and I am no expert on it, entries here will be representative only rather than ever trying to be a conclusive list. Additions and corrections are always welcome!


Nb - A note for overseas viewers - While Australia has had, and continues to have a significant fleet of these vehicles across its many resort areas, ownership of oversnow vehicles has generally always been restricted. Typically owners need to have an actual commercial reason for usage (eg. lodges, shops, resort operators, emergency services) to be able to operate an oversnow. As such, Australia has not had the proliferation of privately owned oversnow vehicles for back country access that is common in some other countries. 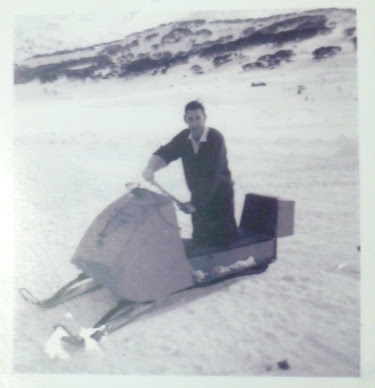 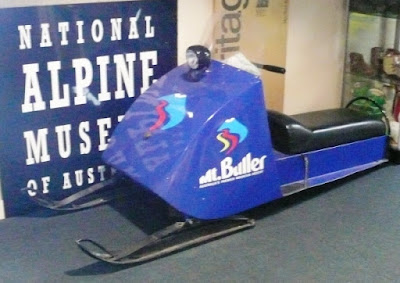 A very similar if not same model now preserved at the National Alpine Museum of Australia at Mt. Buller in Victoria, photographed in 2011.
Picture: Andrew Collier 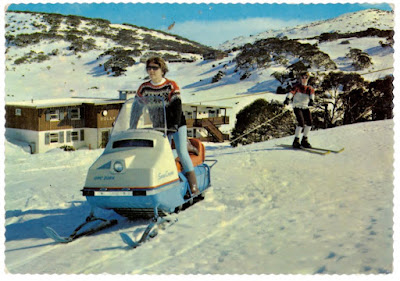 An OMC 208A Snow Cruiser pictured in what appears to be the early 1970s near the Jolly Swagman Lodge at Perisher Valley.
Picture: By ski and scooter through the snowfields Snowy Mountains, NSW, Uwe Steinward Garrick Colour Postcards 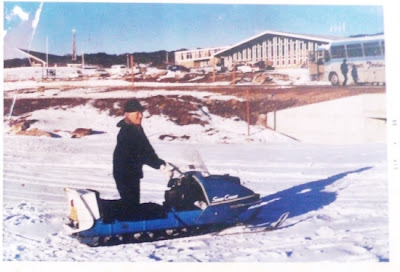 An unknown ski-doo model pictured in front of the Man From Snowy River Hotel at Perisher Valley perhaps in the late 1970s.
Picture: Ralph Zollinger Collection 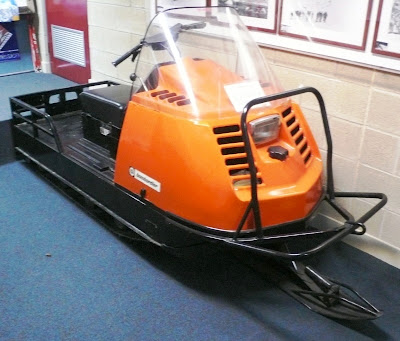 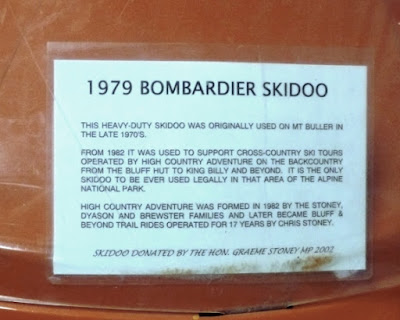 A 1979 Bombardier ski-doo now preserved at the National Alpine Museum of Australia at Mt.Buller with its descriptive note showing usage and significance, photographed in 2011.
Picture: Andrew Collier 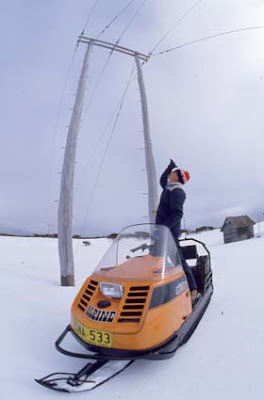 A linesman of the Snowy Mountains Authority using a skidoo for power line inspection, 1986. This looks to be a Bombardier of very similar model to the one shown in the previous picture at the National Alpine Museum.
Picture: National Archives of Australia 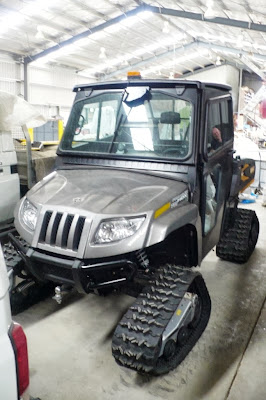 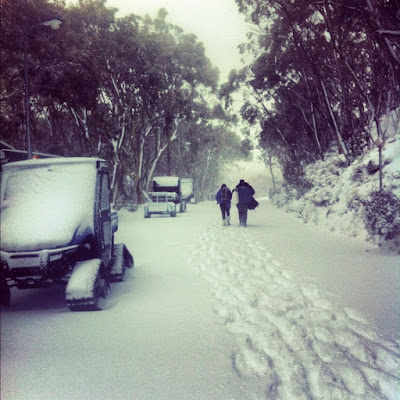 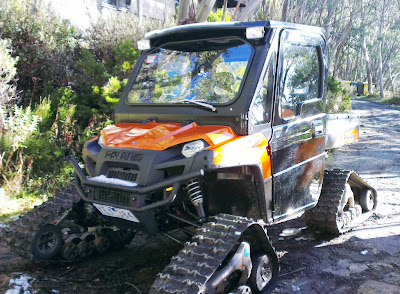