While the Nodwells are one of the smallest (by number) marques seen in Australia, with only a few in service on the main continent, they were very distinctive, in part because they were relatively large vehicles, and also did quite a few years service in the Victorian and NSW Snowies.

The Foremost-Nodwell company builds some of the world's largest oversnow machines, and remains in production to this day, two links with some coverage are their own and an enthusiast site: 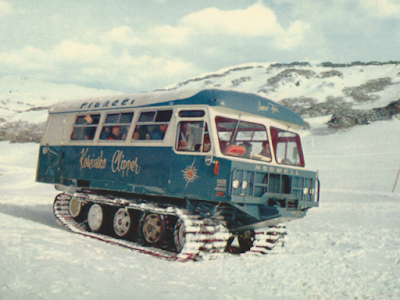 A great early (judging by the colours and condition) photo of one of the Nodwells, with Centre Valley and Mount Perisher in the background. Picture: Damien Breitfuss Collection 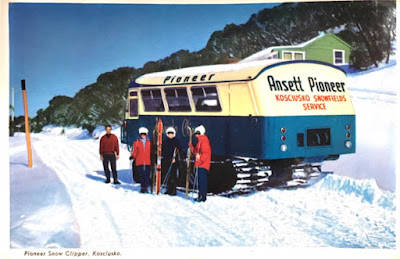 Early postcard view of one of the Nodwells.
Picture: Damien Breitfuss Collection 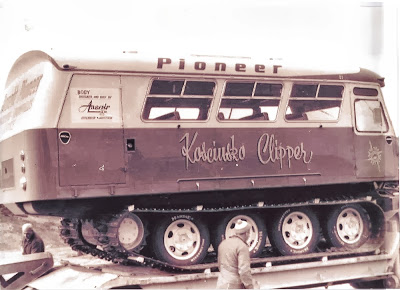 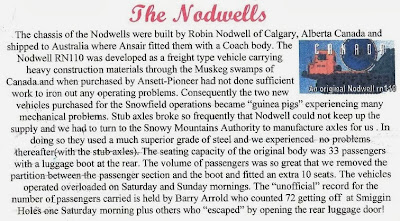 Also from the club is this outline and notes on the locally bodied and varied Nodwells.
Picture: ﻿Flxible Clipper Club of Australia 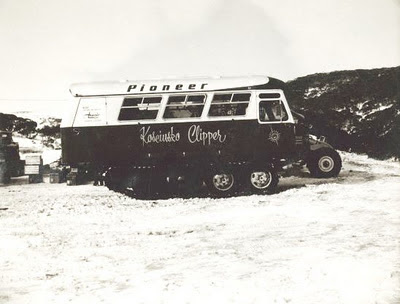 This picture is said to date from 1955 showing Pioneer "Kosciusko Clipper" at Smiggin Holes, at this time these oversnows were used for the run between Smiggin Holes and the Kosciusko Chalet at Charlotte Pass
Picture: National Archive of Australia 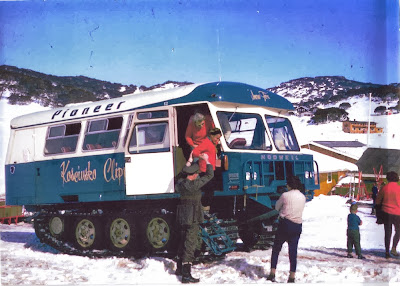 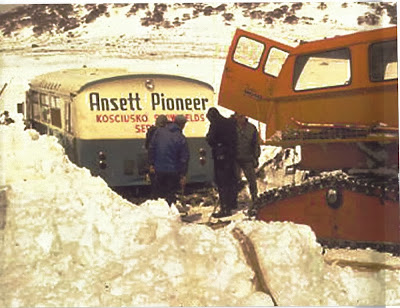 I'm not sure if this picture shows one of the Nodwells being recovered from deep snow, or a transfer of people/goods from the Nodwell to the Tucker Sno Cat. Unknown date.
Picture: ﻿Flxible Clipper Club of Australia 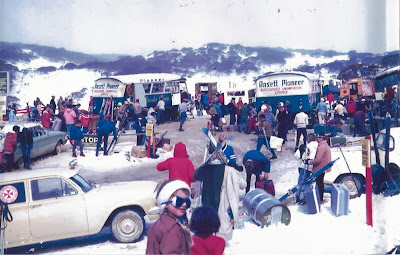 A 1960s picture of the road-snow transfer point below Smiggins Holes where skiiers are tranferring onto the Nodwells, with one of the Weasels and also a Tucker Sno Cat visible.
Picture: ﻿Flxible Clipper Club of Australia 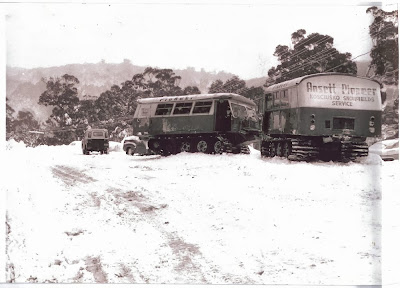 The two Nodwells parked at an unknown location and date.
Picture: ﻿Flxible Clipper Club of Australia 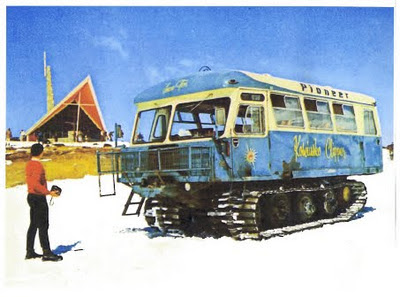 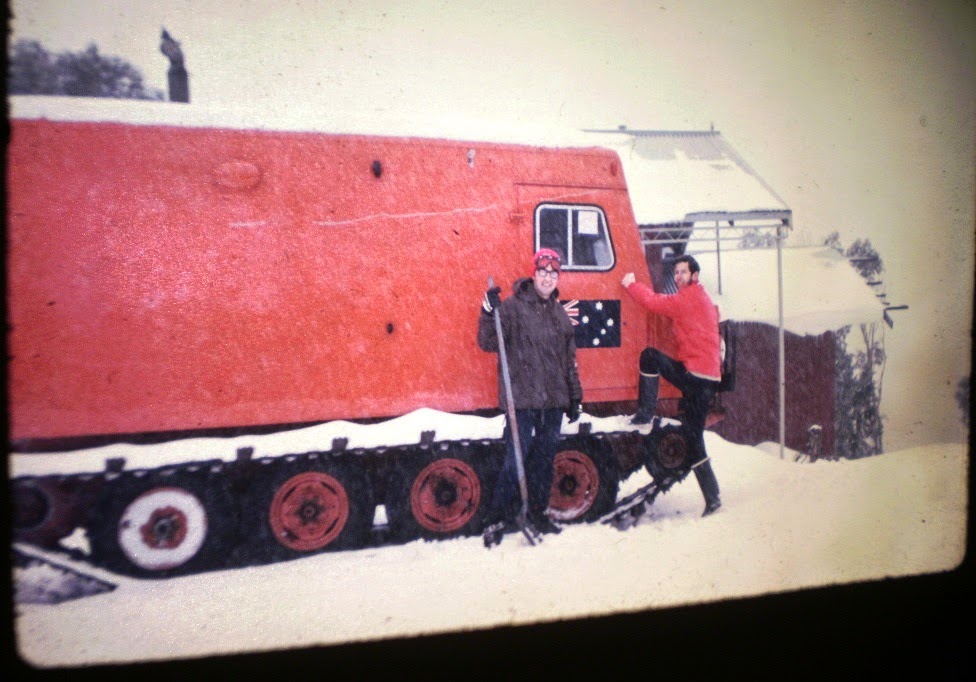 Richard Bell has sent this very rare picture through of an ex-ANARE (Australian Antarctic) Nodwell in use by the Mount Buller Bus Company for access around the upper slopes of the village around the late 1970s. This is the only record I have seen of this oversnow in use. Here it is parked in front of the Bus terminal in the village.
Picture: Richard Bell 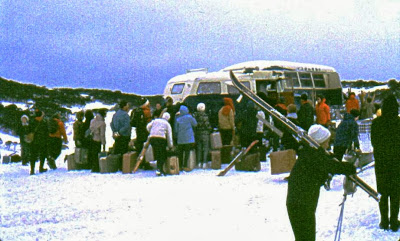 A 1971 picture of skiers boarding one of the Tucker Sno-Cats with a Nodwell beyond, presumably for the trip up to Charlotte Pass.
Picture: Tom Marish

Also in 1971, the two Nodwells and a Tucker Sno-Cat are again seen at Perisher Valley between runs in a simplified blue & white livery.
Picture: Tom Marish 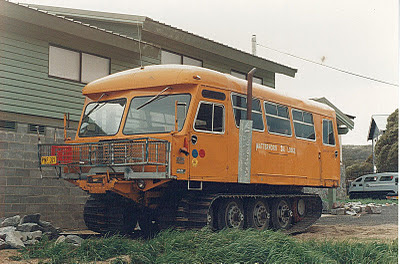