One of the more challenging oversnow environments operated by Australia is the logistical support work undertaken by our (now) Australian Antarctic Division (previously ANARE). I have kind permission from AAD to republish their relevant information here as appropriate, but it is quite a large task (!) so for now, an introduction and a few pictures to suffice.

The introduction wording has been voluntarily submitted by guest writer Emma Chivers and is a nice piece of work, it follows together with a selection of pictures from AAD (individual credits where appropriate) giving a hint of the diversity seen in our Antarctic operations over the years.


Barren, breathtaking, bold – Antarctica is the most isolated territory on the planet, the rugged retreat of scientists, explorers, and artists who have braved the cold, merciless winds and gigantic glaciers. Along with a fearsome resolve, a resilient physique and a relentless determination, those who cross the Antarctic rely on wits and science to make the passage bearable. Enter the oversnow vehicle, one of the best innovations to grace the snowy banks of icy climes around the world, often becoming the main mode of transportation as well as a durable means of delivering goods and providing a pleasurable pastime.[i]


The Legacy of Snow Trekking


For many societies, old methods consisted of dog sleds and snowshoes, highly sophisticated art forms that evolved over the course of several centuries. While these methods originated in the northern climates of the world among first societies as well as explorers and settlers, dog sledding would also become a prominent part of Antarctic culture come the turn of the century, culminating in an epic trans-continental journey more than two decades ago led by Will Steger.[ii] Though dog-sledding is now a thing of the past in this southern land, expeditions and research teams have adopted modern advancements like snowmobiles and the larger oversnows which are commonly seen. Capable of crossing through challenging terrain, offering protection from harsh weather, and carrying groups of varying sizes along with equipment, these also offer good viewing points from the safety of the interior.[iii] Not only has this designated these sentinels of the south as the primary choice when it comes to conducting missions, but it makes them the perfect vehicle for tourist ventures as well.


In fact, the use of oversnow vehicles has contributed tremendously to keeping various operations successful, whether it’s reinforcing the safety of a ski or snowboarding resort or delivering the camera crew to capture some of the industry’s most defiant extreme sports quests.[iv] Several national parks, particularly in Australia where a large number of world-class oversnow vehicles like trail groomers and snowcats are engineered, employ the use of these vehicles as recreational pleasures as well as emergency services.[v] Particularly in frontier country, oversnow vehicles are foundational for paving the way for advancement, literally carving out roads and means of getting from one place to another.[vi] Sturdy, long-lasting, and iconic to the rugged landscapes for which Antarctica is so striking, the oversnow vehicles are now permanent and essential fixtures of the great Antarctic expanse.


With the sturdy exteriors and rubber tracking systems, oversnows like snowcats and trail groomers are not only the ideal personnel carrier but continue to serve the researchers within the Antarctic community. Indeed, their invaluable contribution is a significant aspect as the importance of research – provided it is conducted in a sustainable, eco-conscious manner – continues to grow. Antarctica is the last remaining landmass which hasn’t been ravaged by the excess of human activity, though its recent glacier activity has set alarm bells ringing across the science and environmental community.[vii] Because of its pristine state, it presents a unique advantage for research and the potential to innovate some of the most extreme living conditions on the planet, as well as find environmental solutions for the ecology in the immediate region and other areas around the world. Oversnow vehicles are fundamental to this process, with team experts from organisations from all participating countries including Australian teams and the American Museum of Natural History using them regularly for their missions.[viii] As these expeditions continue to unfold, while the basic structure of oversnow machines will remain largely the same, they will continue to evolve and adapt to become more efficient in order to complete the tasks at hand. Eventually, as the population of Antarctica branches out into further tourism and even long-time habitation, oversnow vehicles will provide an essential part of this, helping to bring communities together and forge an unforgettable legacy on the true last frontier. 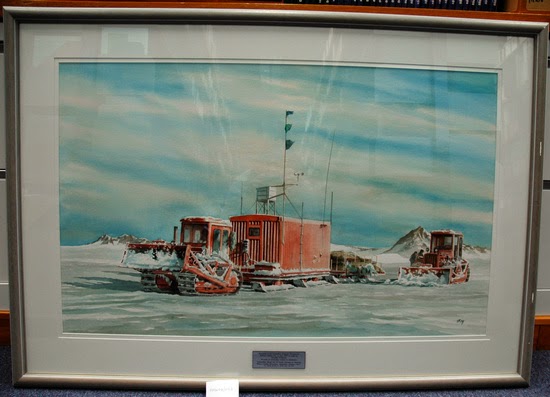 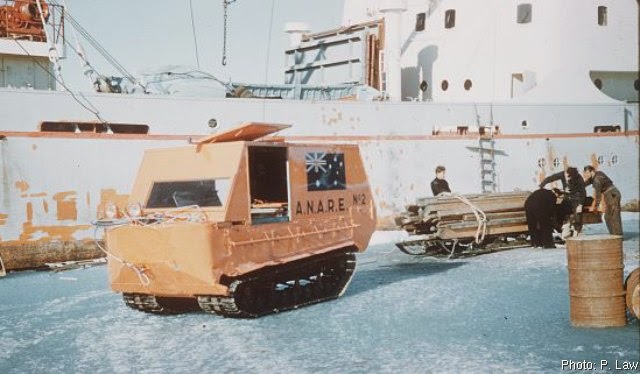 One of the M29 Weasels seen picking up supplies from the supply ship. Picture: AAD 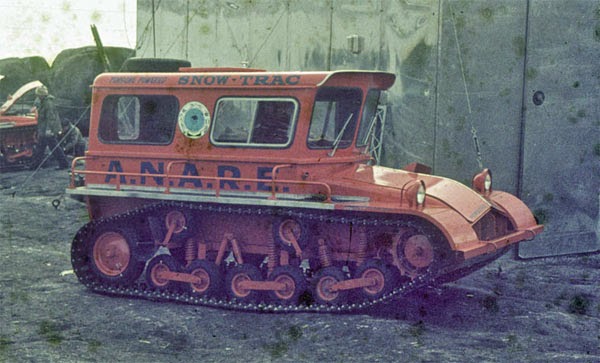 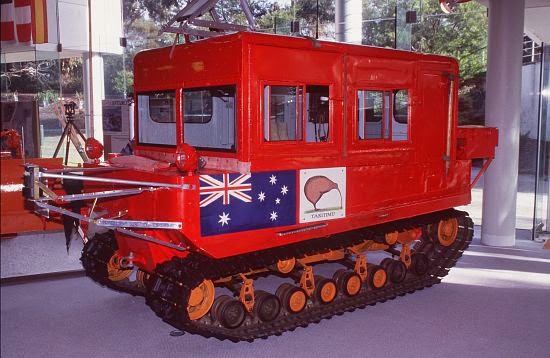 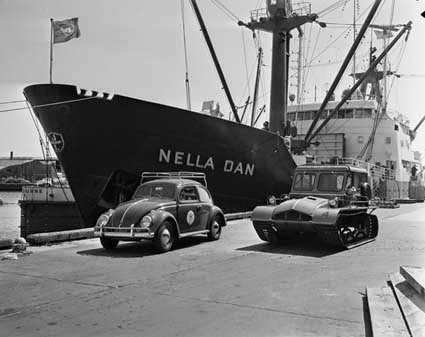 VW car and Porsche Snow Trac waiting to be loaded onto the Nella Dan for use in the Antarctic, 1963 Picture: AAD 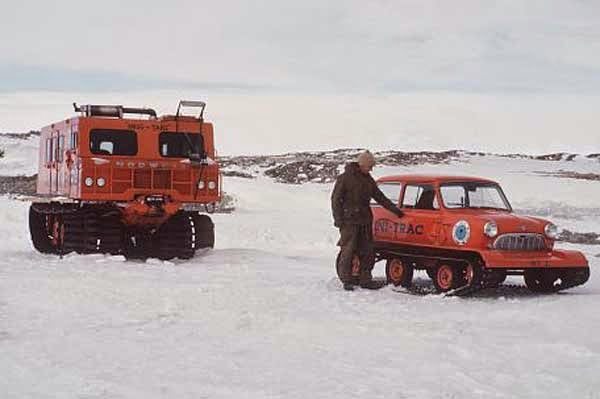 Modified Mini for oversnow use seen with one of the Nodwells. Picture: The Mini Experience Magazine 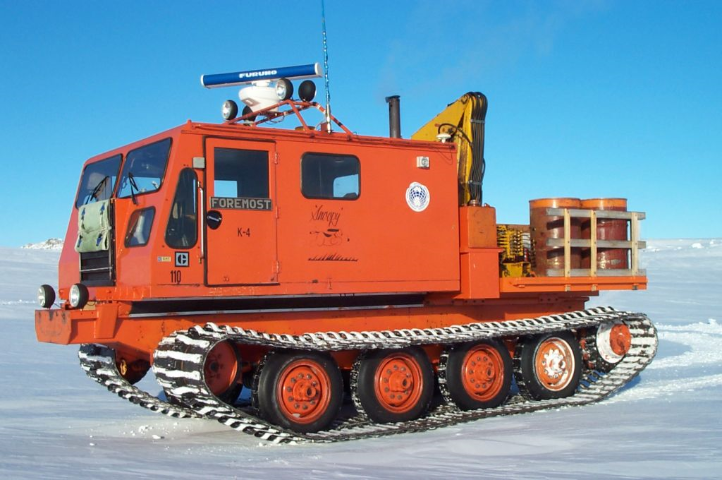 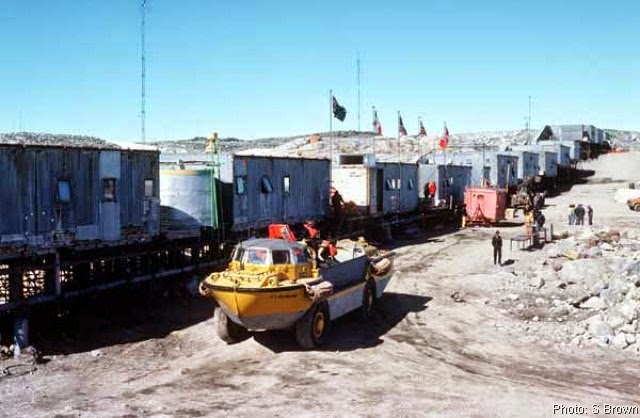 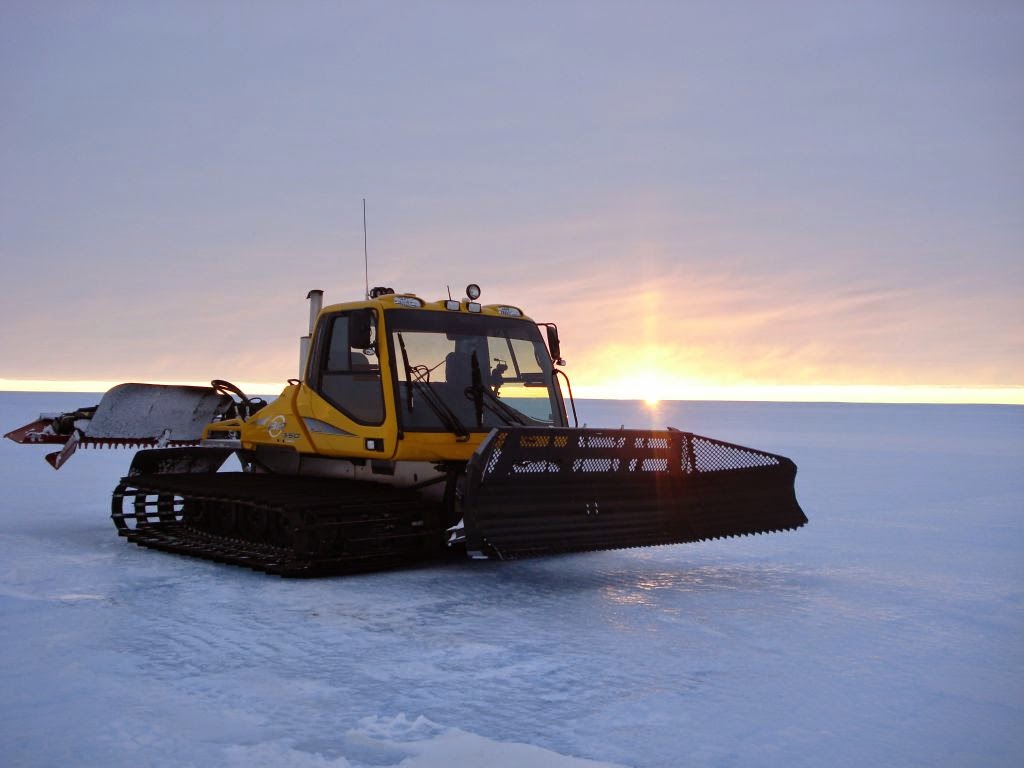 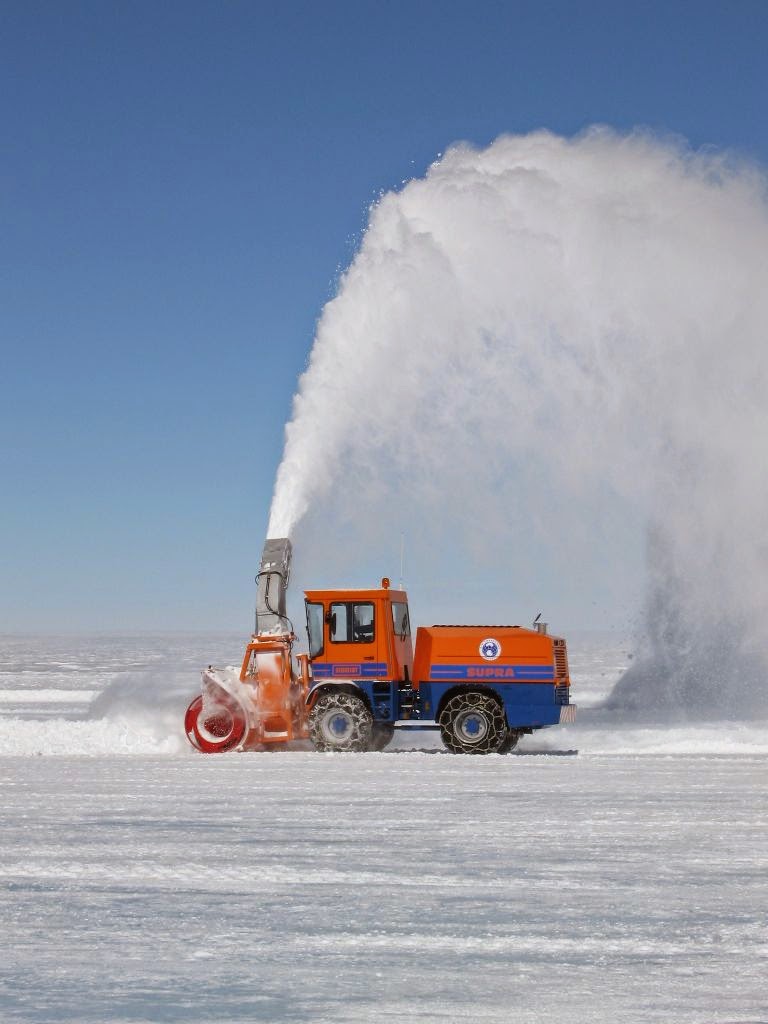 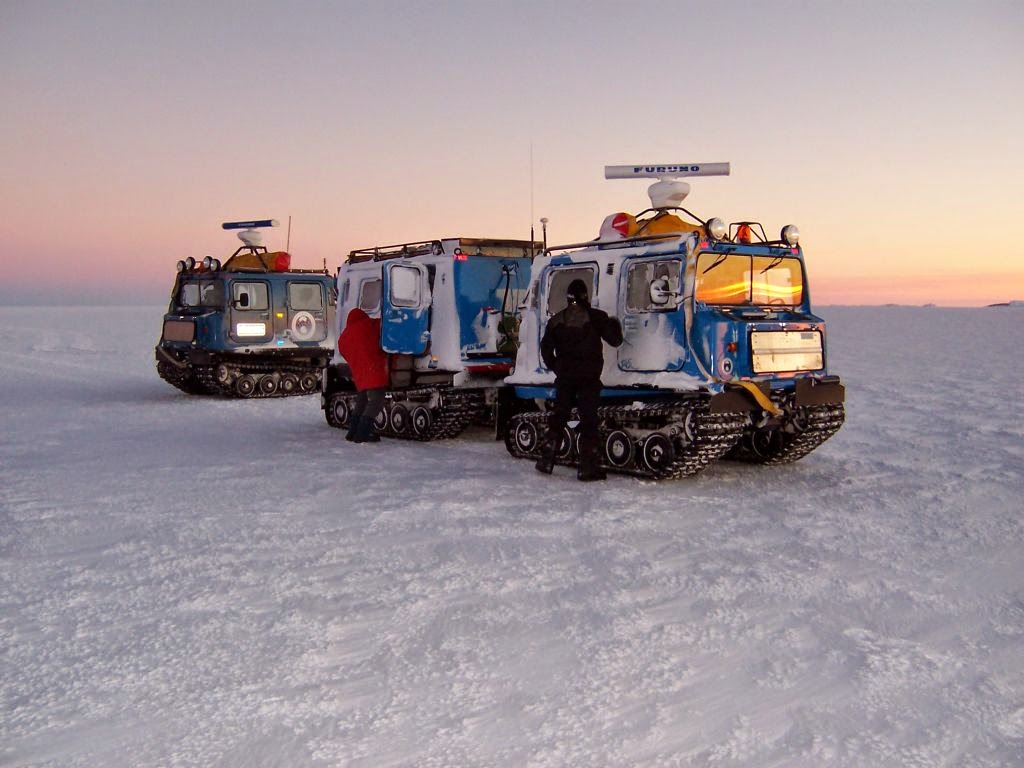